Buying a property in Tenerife - change your perceptions

Think of Tenerife and you’d be forgiven for conjuring up images of Playa de las Americas and Los Cristianos in the south of the Island. And for good reason. These places enjoy the kind of popularity that many resorts around the world dream of helped in no small part by the year round sunshine – the temperature rarely goes below 20 degrees Celsius even in the winter and developers have exploited this over the years.

Ever since the airport in the south of the island was opened in the late 1970’s, northern Europeans and in particular, us Brits having been holidaying in Tenerife in their hordes but lets faces it, that’s not exactly painting an attractive picture to many of us it? 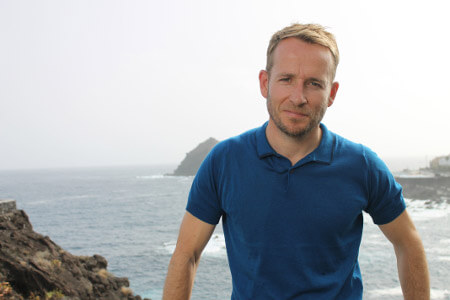 The good news is that this is just part of the picture. Tenerife is the largest of the seven Canary islands and boasts over around 250 miles of coastline but unlike some islands where the main resorts seem to suck the life and infrastructure from the rest of the location, Tenerife offers genuine alternatives across the board, for those looking for resort led holiday home destinations to more authentic towns and villages that still benefit from amenities. I say this as I’ve spent so much time previously searching out property for clients who have this dream of buying a property in somewhere rural and that feels local only for the practically to eventually hit home at the last minute that this will be a step back in time and the lack of facilities that buyers have become so accustomed to back home will be sorely missed.

Thankfully a recent task was to help a couple who were pretty clued up on the type of location they were after; first and foremost they wanted to enjoy sunshine and warm weather in the winter months. Now being situated just over 186 miles off the African coast and on the same latitude as The Sahara Desert you might think that wouldn’t be an issue, but anybody that’s spent proper time on the island will know that the weather can change dramatically over a matter of miles. Humid winds, the cold sea currents of the Atlantic and the islands’ volcanic topography combine to create dramatic shifts in the island’s climate.

Upon my last visit I was told that Tenerife has a total of 10 different microclimates. Of course the telltale signs of prevailing weather are the colours you see and generally speaking the further north you go, the greener the landscape gets as three quarters of the rainfall on the island falls in on its’ northerly windy side. If, however, you’re not totally given to a reptilian existence, as a buyer you’ll be rewarded with stunning views, more culture and cheaper prices if you locate your search north with property values around 20-30% lower than the south.

However, this search needed to be firmly routed around sunny weather so we stayed south but that still gave me some scope. As I find so often on property searches, there is an element of balance to be found with location and this was no different. My couple didn’t want to be in the busy high-density resorts; instead they preferred a slightly quieter location where they could spend months at a time but also having the sense of feeling like they were on holiday. Not easy, but with 134 beaches on the Island (7 of which are blue flag) that holiday feeling wasn’t likely to be far away.

I think one of the best places to strike such a balance was around Los Gigantes in the municipality of Santiago del Tiede on the most westerly tip of the island. It was first developed in the 60s and 70’s and with the majority of the apartments and residential complexes being low rise, it helps them blend in to the surroundings. It’s a lot quieter than the resorts to the south but there’s still plenty going for it with a marina, family friendly public pools, a local plaza and of course beaches, the best known is Playa de la Arena. Now whilst it proudly holds blue flag status (and has done for the past 30 years) it’s a black sand beach, which for the uninitiated might take a bit of getting used to. In fact, the only golden sand beaches on the island have imported the sand from The Sahara.

Of course, with all this going for it and some of the best weather on the island, the prices aren’t cheap. The average price of a 3 bed villa is around €500k but for me the apartments here offer better value. Expect to pay €200k to £250k for a 2 bed apartment with access to a pool. My tip is paying a bit extra if you can, to find properties that benefit from a touristic licence. I looked at one that was used as a rental and had only been vacant for 4 weeks of this year – that would certainly go a long way to paying the bills and maybe some flights too.

As a property man, I’ve always liked islands as they offer a finite amount of development available which limits supply and keeps demand and prices stable. I feel that this area further benefits from its topography as its hard to see much expansion available with the resort placed neatly between the Los Gigantes mountains to one side and the Atlantic on the other – if anything it adds to the feel of the place.

Of course the best way of finding an area that suits you is to get yourself out there and see for yourself. For many buyers, Tenerife is a winter sun location, so at the risk of stating the obvious, make sure you visit at the times you think you’ll use the place yourself. If you’re still jumping up and down to go out and look at properties, consider this; whilst the Island enjoys year round popularity, I wouldn’t recommend trying to arrange viewings in the summer. Most properties are let out to holidaymakers during the school holidays and vendors are unlikely to kick out paying guests for a viewing. It’s just this popularity that makes it harder to cut a deal at the start of peak season, as owners are likely to sit back collecting income and wait for the right price.

If Tenerife is on your short list then now is a good time to be doing some research at home with a view to a visit there from November onwards.