Confusion in Spain over mortgage taxes

AJD (Actos Juridicos Documentados) is the tax that is paid when a document is registered in the land registry. It is similar to Stamp Duty in the UK. In the case of a mortgage it is calculated as a percentage of the amount being borrowed. Rates vary from 0.5% to 1.5% of the value depending on the value and location of the property.

Why did this case go to Court?

AJD has, for many years, been paid for by the borrower. However, this has been tested through the Courts as the Claimant had argued that the party that was benefiting from the registration of the mortgage was the Bank and not the borrower and therefore it should be the Bank that pays the tax. As you can imagine, on higher value loans this tax can add up to a reasonable amount.

The lower Courts agreed with the borrower in that case and eventually the case worked it’s way up to the Supreme Court; who also sided with the Claimant and came to the conclusion that the bank was responsible for these costs. The latest case regarding this was issued by the Supreme Court on 18th October 2018.

Reaction of the Banks.

Unsurprisingly the Banks in Spain reacted badly to the news that they were having to pay this tax instead of the borrowers. Some of the Banks immediately suspended their mortgage activities as a result of this. Other Banks used the fact that the cost to the borrower was cheaper as a way of encouraging more mortgages to be taken out. 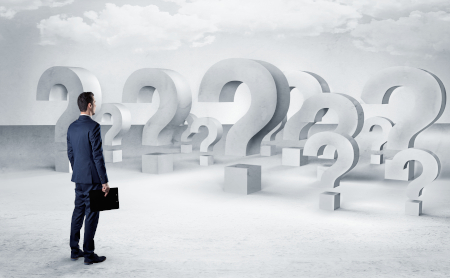 The ruling in the Supreme Court should have been the end of the story. However, confusion and chaos has arisen as a result of the Court Ruling because the president of the Tribunal took the highly unusual step of suspending any further cases on this matter and declaring that the Judgement did not set a precedent that can apply to other cases until a full review of the situation was carried out. He did this because of the huge implications that the Court Case had on the Banks and the mortgage market and the consequent economic and social impact. This all happened the day after the Supreme Court Ruling being issued. Understandably this unusual move has caused chaos in the mortgage market as uncertainty was introduced despite a clear Court Ruling.

A meeting of 28 Magistrates to discuss this matter took place yesterday with a view to resolving the issue. The meeting started at 10am and finished at 7.30pm without resolution and therefore it was held over for another day to try and resolve this issue.

What should you do if you have a current mortgage application?

If you are in the middle of taking out a mortgage to buy a property then the only safe thing to assume is that you will end up paying this tax. If, before you complete, it is decided that you don’t then this will be a bonus but at the moment we are advising clients to prepare for the worse case scenario but hope for the best.

If you are just applying for a mortgage then it might be that the application takes a bit longer than normal until this situation is clarified.

If you have already taken out a mortgage and have paid this tax then watch this space as it could be that you are entitled to claim back the amount paid – assuming that it is decided that this decision has the effect of allowing retrospective claims, which is one of the key points being debated.