Could Inheritance Tax affect where you live in Spain?

Some people choose to live in one country or another purely for tax purposes and allow the tax savings of being located in that country have an influence on where they settle down. They will compare their tax situation back home compared to the other countries and will then choose their final location by where is most tax effective. We think that recent changes in Inheritance Tax in Andalucia may also affect where people choose to live within Spain.

Why Andalucia and not the whole of Spain?

It is worth going back in history to explain a bit of background. Spain is made up of a number of Autonomous Regions of which Andalucia is 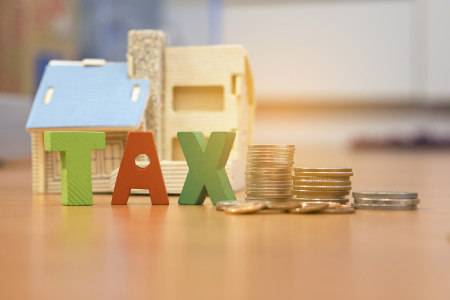 one. These are broadly thought of as being regions but can actually trace their history back to the unification of a number of smaller kingdoms. Because of this there are some things that are set out by Central Government and which apply to the whole country whereas there are other circumstances where the Autonomous Region is given power to decide themselves. Inheritance Tax is one example where the Autonomous Regions can have free rein and can set their own rates – hence why there is a variation between them.

What changes has Andalucia made to their Inheritance Tax rate?

Andalucia has been gradually changing its Inheritance Tax rates over the years. The tax free allowances (what we would call the Nil Rate Band in the UK) have increased over time.  However, recent changes have been the biggest yet. Effectively Andalucia has abolished Inheritance Tax for close relatives, which is a huge step. For direct descendants there is a tax free allowance of €1 million per beneficiary – a fourfold increase.

Gift Tax in Spain broadly follows Inheritance Tax rates. Andalucia has also increased the tax free allowance for gifts (i.e. the rate below which Gift Tax does not apply) so that it is 99% exempt up to €1million as well. This does, however, come with certain stipulations – that the money is used to buy a main home or is invested in a way that creates jobs.

So how does this work in practice?

Let assume that a very high net worth individual owns a property worth €3 million jointly with their spouse so that each owns €1.5 million each. Let us say that they have 2 children. Should one of them pass away and leave their half to their 2 children then each child receives €750,000 worth and has a €1 million tax free allowance, meaning that there is no tax to pay on an inheritance of €1.5 million. Equally upon the death of the second parent the same calculation will apply, meaning that €3 million has been inherited in Andalucia without paying IHT on it.

When does the law come in?

The law came in from the beginning of 2019 and is not retrospective so will apply to any estate where the person died after 1st January 2019.

Is Spain trying to attract investors by having a favourable IHT rate?

That is an interesting take on the situation. Certainly it would appear that Andalucia is attempting to do this. Whether the rest of Spain follows suit will be interesting to see.

Is Andalucia a good place to retire to then?

Are the other Autonomous Regions likely to follow Andalucia?

Each of the Autonomous Regions keep an eye out on what the others are doing. If one region introduces something that proves to be successful then the others normally follow suit but with some people deciding on where to buy based on Inheritance Tax rates this is likely to encourage investment into Andalucia and therefore we are expecting other regions to do something similar.

What should I do next?

For most people there is no need to do anything about this new change. It still makes sense to have a Spanish Will to make sure that the correct people inherit from you but if your total assets in Andalucia are less than €1 million then there is no tax planning that you need to consider in this respect. If your assets are over €1 million then making a Spanish Will is even more important as we can help you to maximise your tax free allowances to make significant savings.
For more information or to speak to a member of our team - Call us on 01438840258 or contact us at admin@judicaregroup.com to discuss how we can assist.