You have bought your property abroad and are now looking forward to using it. You intend to either use it yourself as a holiday home, as a retirement home or you are going to rent it out for some sort of income. It might even be that you intend to move abroad to live and work there. Whatever the reason the prospect of your new overseas property is exciting.

However, that doesn’t mean that there isn’t things that you need to be doing immediately after your purchase to tie up all those loose ends. Arranging insurance and changing over the names on the utilities are fairly obvious but there are other things like making a Will in that country that are equally important but which often get overlooked or forgotten about. 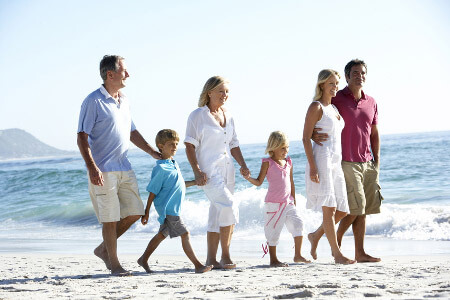 Legislation that came in throughout Europe on 17th August 2015 means that making a Will is even more important than it was in the past if you own property abroad and live in that country.

In the past if you were British and owned a property abroad then by and large you could leave your foreign property in accordance with UK laws. UK laws aren’t greatly restrictive as to who you can leave your property to when you die and therefore you can broadly speaking leave your assets to whoever you want. In contrast in many other countries throughout Europe there is the concept of “Forced Heirs”, which means that you are forced to leave a certain percentage of your assets to certain people.

Most countries (with a couple of exceptions) accept that if you are not a national of that country then you don’t have to follow the forced heirs rules that apply to nationals and that you can leave your assets in accordance with the laws of your own nationality. However, after 17th August 2015 throughout Europe the new European Directive has a significant impact on owners of properties if they don’t take decisive action. Although the UK and Ireland have opted out of Regulation 650/2012 this regulation cannot be totally ignored if you own property abroad.

In essence the new regulations change which law applies should you die living abroad. Now if you die in an EU state that has adopted the rules then your inheritance will be regulated by where you are resident not, as previously, by your nationality. That means that if you die resident in a country where there are forced heirs you will have to follow the inheritance laws of that country and follow those forced heirs rules rather than the law of your nationality. This is a huge change and has a significant effect on some people.

Having said all of that there is ways around this which are relatively easy and cheap to put into place. The regulation says that it will be the law of your habitual residence that will apply to our assets but also allows you to choose the law of your nationality to regulate your inheritance if you want to – providing that you specify that you want this to happen. Obviously the easiest way of doing this is to make a Will that specifically states that you wish the law of your nationality to apply and then sets out what you want to happen to your assets in an inheritance situation.

The regulation is a major and important shift in dealing with inheritance issues within Europe even though the UK and Ireland has opted out of it. However, there is a simple solution to the potential problem and that is to make a Will. It is now even more important to make a Will than it was beforehand and this isn’t something that should be ignored if you want your wishes to be listened to. If you have made a Will previously that dealt with your overseas property and this was made prior to the new legislation coming into force then it makes sense to check with your solicitor that your Will is still compliant and will still work.

If you would like to know more foreign Wills and would like to speak to a specialist international solicitor about Wills, inheritance or any other legal aspect of your overseas property ownership then you can contact our legal team

Disclaimer – International legal issues are a complex area of law and this information is no substitute for independent legal advice on an individual basis taking into consideration your personal circumstances and legal requirements. This information is provided to provide general information only and was correct at the time of publishing. The legal position in relation to international transactions can change frequently and this page may not have been updated following any changes in the law. You should therefore not rely on this information and should seek legal advice in relation to your personal circumstances.