Swiss Franc Mortgage problems in Cyprus & the issue of Jurisdiction

2. So why should the purchasers pursue their rights in Cyprus Courts? The main reasons are the following:-
(a)(i) The purchasers are not “attacking” their agreements with the Developers (or at least the vast majority of them are not). Our policy is to “go after” the Loan Agreements which the purchasers entered into in order to purchase the properties. Why is this? For the obvious reason, that the big threat to the purchasers comes from them. They are facing alleged claims from the Banks of hundreds of thousands of pounds in each case. If we are successful it means that this enormous financial burden is removed. At the same time an enormous threat (as explained below) is done away with.
(ii) On the other hand going after the agreements with the Developers means that, if purchasers are successful, they will end up with a claim against the Developer of some thousands of pounds paid as down payment. Damages will not be able to be recovered since in the vast majority of cases the properties purchased have not been paid for (since there has been a default on the Loan Agreements) and so the properties will be claimed by the Banks. And a final word on this. Even if damages can be recovered, who will pay them? In most cases the Developers are bankrupt due to the dramatic fall of the property market. The same applies of course to the return of the down payment paid.
(b) In conjunction with what is stated above what are the realities faced by the Purchasers bearing in mind always that the Loan Agreements were entered into with Cyprus Banks?
(i) The Banks are already proceeding in Cyprus Courts against their clients (the purchasers). What does this mean? The other party to the Loan Agreement has found himself before the Court in Cyprus even without his choice. Should he leave this Court Action undefended? In our view it would be disastrous for a purchaser to ignore the Court proceedings in Cyprus which are initiated by the Bank. If he does – and provided of course the Court documents are properly served on him or her- the Court will issue a judgment in default against the purchaser and will then have it registered in England and have it executed against his property in England. Naturally nobody wants this. So the Court Actions against the purchasers in Cyprus Courts have to be defended. This means retaining a Lawyer in Cyprus to represent the purchaser and trust the Court and the legal system in which the purchaser will argue his or her defense. Incidentally the Cyprus legal system is the same as the English legal system and most judges are English trained. The same applies for a large number of the Lawyers.
(ii) This takes me to the next step. If you are going to raise – as a purchaser – various claims in Court in Cyprus as a defence in an Action against you why risk giving the impression that what you allege is an afterthought just because the Bank has sued you? Why not move first and take the Bank to Court and raise first the various issues that relate to the illegality of the Loan Agreement? This puts the Bank on the defensive and apart from “doing away” with the above mentioned risk, if there is the possibility, along the way, of reaching an out of Court settlement the purchaser will negotiate this from a position of strength and not as a defendant in the Action.
(c) I have studied the point raised relating to the jurisdiction of English Courts based on article 15 of E U Regulation 44/2001. I have serious doubts if this is so because it would involve interpreting it in a rather restricted way.
(d) What is then the end result of what I mention above?
(i) Cyprus Courts definitely have jurisdiction. The Banks will not dispute it. On the other hand the jurisdiction of English Courts has to be proved through Court proceedings as the Banks will dispute it. This means additional legal costs.
(ii) Even if English Courts have jurisdiction this is parallel to that of the Cyprus
Courts. It’s not instead of the jurisdiction of Cyprus Courts. So purchasers will still find themselves as defendants in Actions brought against them by Banks in Cyprus Courts. This they cannot avoid. So in effect they will be “fighting a battle” on two fronts i.e. incurring double legal costs.
(iii) And then if they obtain a judgment in an English Court against the Bank how can they enforce it? Only by going to the Cyprus Court in order to register the English judgment. So again the Cyprus Court, a Cyprus Lawyer and additional expense cannot be avoided.
(e) The above I think adequately answers the point made in relation to legal costs and that the possibility of bringing a group Court Action in England results in legal costs in England being less than if individual Court proceedings are initiated in Cyprus. I do not agree with this position. How can this stand to logic when a purchaser will have to pay a lawyer in England to represent him as a member of a group Court Action and at the same time will have to pay a Lawyer to defend him in the Court proceedings brought against him by the Bank in the Court in Cyprus. Remember. This he cannot avoid as it does not depend on the Purchaser but the Bank. And in addition to this how can it stand to logic if he has to pay a Lawyer to represent him in a Cyprus Court in order to register the judgment he has obtained in England as a member of a group court Action so as to enforce it against the Bank.

3. I could go on and enumerate additional reasons that lead to the inevitable conclusion that Cyprus Courts are the ones that have the jurisdiction purchasers must chose in order to fight to safeguard their legal rights. I will not do it because the objective is not to give the impression that a fight is going on who will attract more clients. The pure fact of the matter is that Cyprus Courts definitely have jurisdiction. English Courts may or may not have jurisdiction. At the end of the day though the fact that Cyprus Courts definitely have jurisdiction will lead the cases before them (the Banks will follow this course). This means, for the reasons stated above, that it is much more reasonable in every respect for the purchaser to follow this course as well. And remember. We are talking all along about fighting the Banks and disputing the validity of the Loan Agreements and not fighting the Developers. The big risks lie in the amounts involved in the Agreements with the Banks. This is the fight that must be fought and hopefully won. This is the fight that Banks definitely will bring into the Courts in Cyprus and this is the purchasers must fight it. Whether they like it or not. Otherwise they will end up fighting in two fronts (if English Courts are found to have jurisdiction since Cyprus Courts definitely have one) with all the negatives that such an approach entails the most prominent of which being the one I mention above namely the enforcement against a purchaser of judgment of the Cyprus Court against him in the proceedings initiated by the Bank if these remain undefended and the consequential threat to his or her property in England. 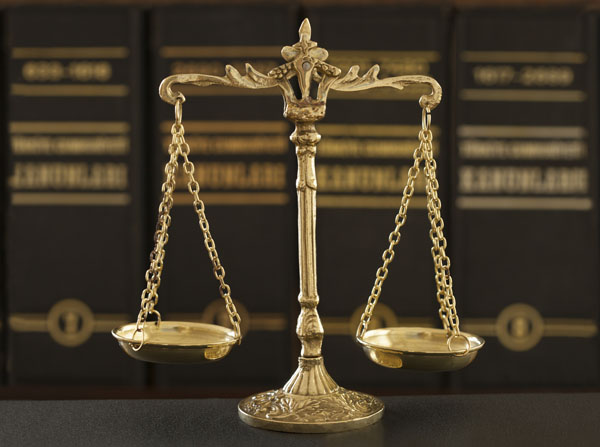