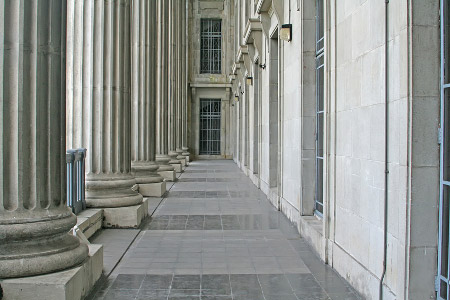 Over the years the authorities in Spain have been clamping down on illegal builds to try and bring a stop to this practice. The authorities have made examples of high profile individuals to try and discourage other people from carrying out such practices. The actor Antonio Banderas, for example, had issues with his beachfront holiday home in Malaga back in 2008. Antonio Banderas didn’t illegally build that property but the previous owner did.

Most of the time when there is illegal building the authorities have taken a very similar approach. The owners will receive a fine and may be ordered to pull down the illegal part of the building. However, a Court Decision that has just come out in the Court of Tarragona has just gone much further than we have previously seen in sending out a message to people not to build illegal properties in Spain.

What is interesting in this case is that the Court ordered a custodial sentence of 18 months on Mari Cruz Soriano for building an illegal property and also ordered the same penalty to the served by the ex-Mayor of El Perello who also acted as the builder of the property. This is a significant change in attitude by the authorities and is a massive message to anybody who is considering building a property illegally in Spain or who has already built an illegal property.

If you have a property in Spain that is completely or partially illegal and would like to know more about what options are available to you and whether it is possible to legalise you property then you can contact our specialist Spanish legal team.

Disclaimer – International legal issues are a complex area of law and this information is no substitute for independent legal advice on an individual basis taking into consideration your personal circumstances and legal requirements. This information is provided to provide general information only and was correct at the time of publishing. The legal position in relation to international transactions can change frequently and this page may not have been updated following any changes in the law. You should therefore not rely on this information and should seek legal advice in relation to your personal circumstances.