Can the Spanish avoid an absolute collapse of their Court System?

As the Court System in Spain groans under the weight of the number of cases there have now been calls to increase the number of Courts to try and tackle the huge delays that have been experienced over the last few years. The Consejo General de Poder Judicial has recently announced the need for 8 new Commercial Courts in Madrid alone in order to avoid what they call an “absolute collapse”. This would bring the number of Commercial Courts in Madrid up from 22 to 30. We are seeing similar issues elsewhere not only in different areas of Spain but also in different types of Courts.

So, how bad are the Courts in Spain at the moment?

Courts in Spain have always been slow compared to the UK, however they are now taking years just to issue a date for a Hearing and some judges have been taking years to issue a Judgement even after the Hearing has taken place. The situation is so bizarre, that we have personally witnessed Court rooms where case files are piled up in shopping trolleys because they have run out of space to file the backlog.

We have experienced Spanish Judges regularly ignore Judgements against them in which they are ordered to issue Judgements within a certain number of days. Judges have a period of time during which they have to issue a Judgement after a Hearing but a small section of that law allows them to go over that period due to exceptional circumstances. Because the Courts are so over run the majority of cases in some Courts with some Judges are delayed citing these “exceptional circumstances”. The situation is very difficult and frustrating for anybody trying to navigate through the legal process.

Why are the Courts in Spain so slow at the moment?

There are several factors that have contributed to this situation 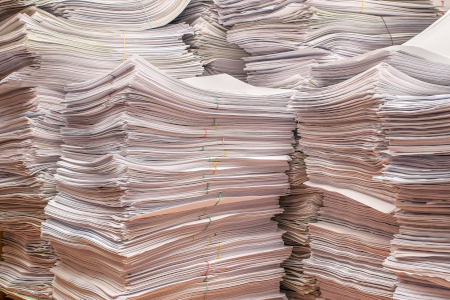 What can be done about the delays in the Spanish legal system?

Even where we have put in a formal request to the Judge to speed up the matter, it has little effect as those formal requests have been ignored. In some cases we have had to go one step further and have obtained a Court Order to the Judge ordering him to issue a Judgement within 10 days or incur a personal fine. Of course it is a fine balance between chasing the Judge to get the case moving but not chasing him so much.

There is some good news however, namely that as the economy in Spain improves more resources have been made available to try and resolve the issue. More Judges have been brought in and in the case of Floor Clause Claims, new Courts are being established to work their way through the backlog.

This seems to be working as in 2018 67.6% more Floor Clauses cases were resolved compared to the previous quarter. With the possible introduction of new Courts both in Madrid and in other areas hopefully all of this will work together to reduce the backlog.

Is it worth litigating in Spain then?

Yes, absolutely. Everything is taking longer than it normally does but that is not to say that the Courts aren’t issuing Judgements or reaching the right decisions and we continue to be successful with claims in Spain despite the delays.

What we have seen is that some people have delayed starting litigation whilst they wait to see what happens with other people. This tactic is foolish at the moment due to the extra delays in the Courts. It is much better to start litigation as quickly as possible in order to maximise the possibility of recovering something.

If you have a Floor Clause in your Mortgage, are trying to recover money from a failed investment or are considering another form of litigation do not delay and contact us now to discuss your options.