Notaries who are they and what do they do

When buying a property in Continental Europe you will often come across mention of a Notary. Europe generally uses the Notarial system to transfer property from one person to another. You will need a Notary to buy a property in Spain as the Title Deed will be signed in front of them but their role is often misunderstood.

The first thing to say is that we do have Notaries in the UK. You can find your local Notary at http://www.thenotariessociety.org.uk. A Notary is a lawyer who has done additional training to become a Notary. Their role is, essentially to authenticate and certify signatures, authority and capacity. In practice this means they will check that you are who you say you are, that you have the mental and legal capacity to do what you are doing, that you understand what you are signing and that you are not being pressured into doing it. In some countries they are also tasked by the government to act as tax collectors for certain transactions or to make sure that the tax is paid.

Notaries in some countries are quite powerful as a whole. In fact we know of some laws in Spain, for example, that have been held up and 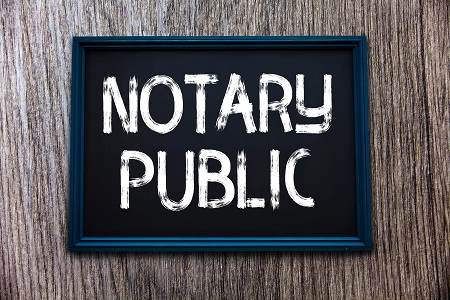 changed due to pressure from the Notaries. In some countries there is only a certain number of Notaries at one time and you can only become a Notary in that area when an existing Notary retires or dies. Generally speaking Notaries are essentially public officials who are paid by the general public and companies to do what is needed by them in relation to certain legal issues such as property purchases, inheritances and the like.

We are frequently asked - So If I need a Notary then why do I need a lawyer or solicitor as well? There are several reasons why you also need a lawyer to help you buy property abroad rather than just relying on the Notary;

Because the Notary doesn’t do any of these things and you still need advice on them this is where the lawyer or solicitor comes in. Essentially your lawyer or solicitor will advise you on the purchase and carry out searches and so on and will liaise with the Notary over the signature of the Title Deed at the end of the case.  In fact sometimes the Notary gets involved right at the last minute – you may have a Notary appointment but they may not even look at the transaction until either the same day or the day before – meaning that getting details from them on costs can come through very last minute.

Further to the above as the Notary isn’t really acting for either the buyer or the seller and is acting as an independent neutral party in the middle they are not there to “fight your corner on a transaction” as your lawyer or solicitor is.

If you would like to know more about Notaries and buying property abroad then you can contact our international property law team.